A woman with 10 severe health issues has been left in an “unsuitable” flat where she has suffered three strokes, despite 13 warnings from health bodies that she should be re-housed.

Saadia Franks, 43, pictured above, is disabled and lives in a flat which has stairs, a vermin problem and a leak in the ceiling that is dangerously close to an electric smoke alarm – which has been disconnected, alongside a ceiling light.

As a registered blind woman, Ms Franks is unable to address the root cause of the problems alone and says she has been trying to leave the property since 2017.

She also suffers from a number of additional illnesses and disabilities including fibromyalgia, which is a condition that causes pain all over the body; cysts on both knees; osteoarthritis and arthritis; sciatica, anxiety, depression, slow speech and poor hearing.

She, and Lewisham Homes, have received 13 safeguarding warnings from different health bodies, including Blind Aid, the Stroke Association, Lewisham and Greenwich NHS Trust, and her support workers charity Mind Over Matter, stating that she should not be in her current accommodation.

Ms Franks’ safeguarding officer, Kerry-Ann Mussington, said Lewisham Homes gave their own safeguarding warning and said they would remove Ms Franks from the property in June 2018.

The flat in Sprules Road, Brockley, is owned by Lewisham Homes, and Ms Franks, alongside her carers, has repeatedly told her landlord that she needs to live in a property that suits her needs. 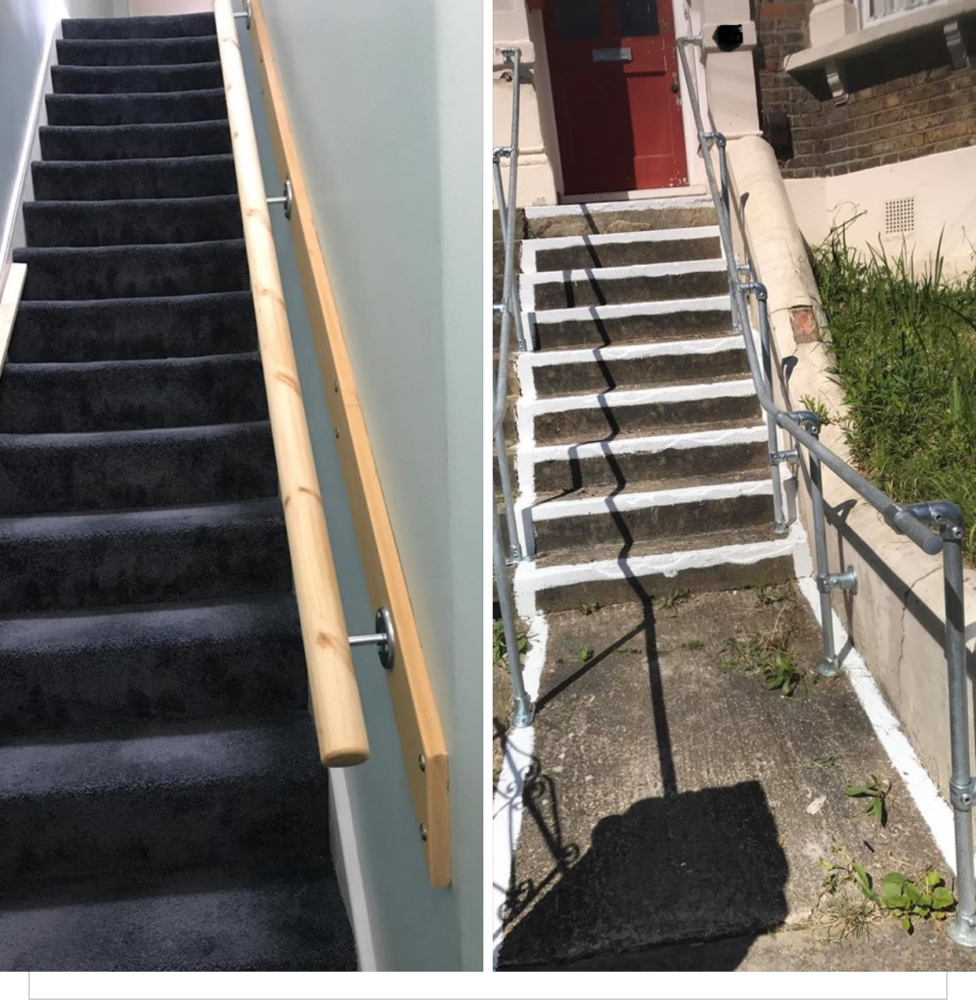 Stairs leading up to and inside Saadia’s house
She believes the length of time that it has taken for her to find a new accommodation and the conditions in which she lives in her current home are the cause of her third stroke.

“For over two years I am waiting to move to a suitable property,” said Saadia. “Lewisham Homes are not listening to any of my concerns.

“They have been told about me and my support worker Kerry Mussington as well as Stroke Association, Blind Aid, Mayor, doctor, ambulance and police.

“All these companies have got a duty of care towards me – and 13 safeguarding referrals, they are not being heard.

“On February 6, 2020 I had another mini stroke. I am currently resting at home. I got a letter yesterday saying I need to go for a scan of my arteries in my neck.

“When I had a CT scan last week I think they might have found something, so that’s why I need to go hospital for the scan.

“How many health issues am I am going to get before moving? This is so stressful for me to deal with.

“I am unable to call someone who does not know me and I get anxious.

“I do not want another stroke because a fourth can be fatal.”

Ms Franks said she has attempted to apply for new housing through Lewisham Homes, but it has only offered her properties with stairs which she has had to reject, causing her to be placed at the bottom of the list to apply for new accommodation when it becomes available.

A spokesman for Lewisham Homes said: “We have been actively looking for a suitable property for Ms Franks and working closely with Lewisham council’s occupational therapy team to assess any property before we directly match Ms Franks.

“We have recently identified a property that may be suitable and will arrange a viewing for Ms Franks as soon as possible.

“We recognise the impact Ms Franks’ housing situation is having on her and we would like to assure her that we’re doing everything we can to find her a more suitable home.”